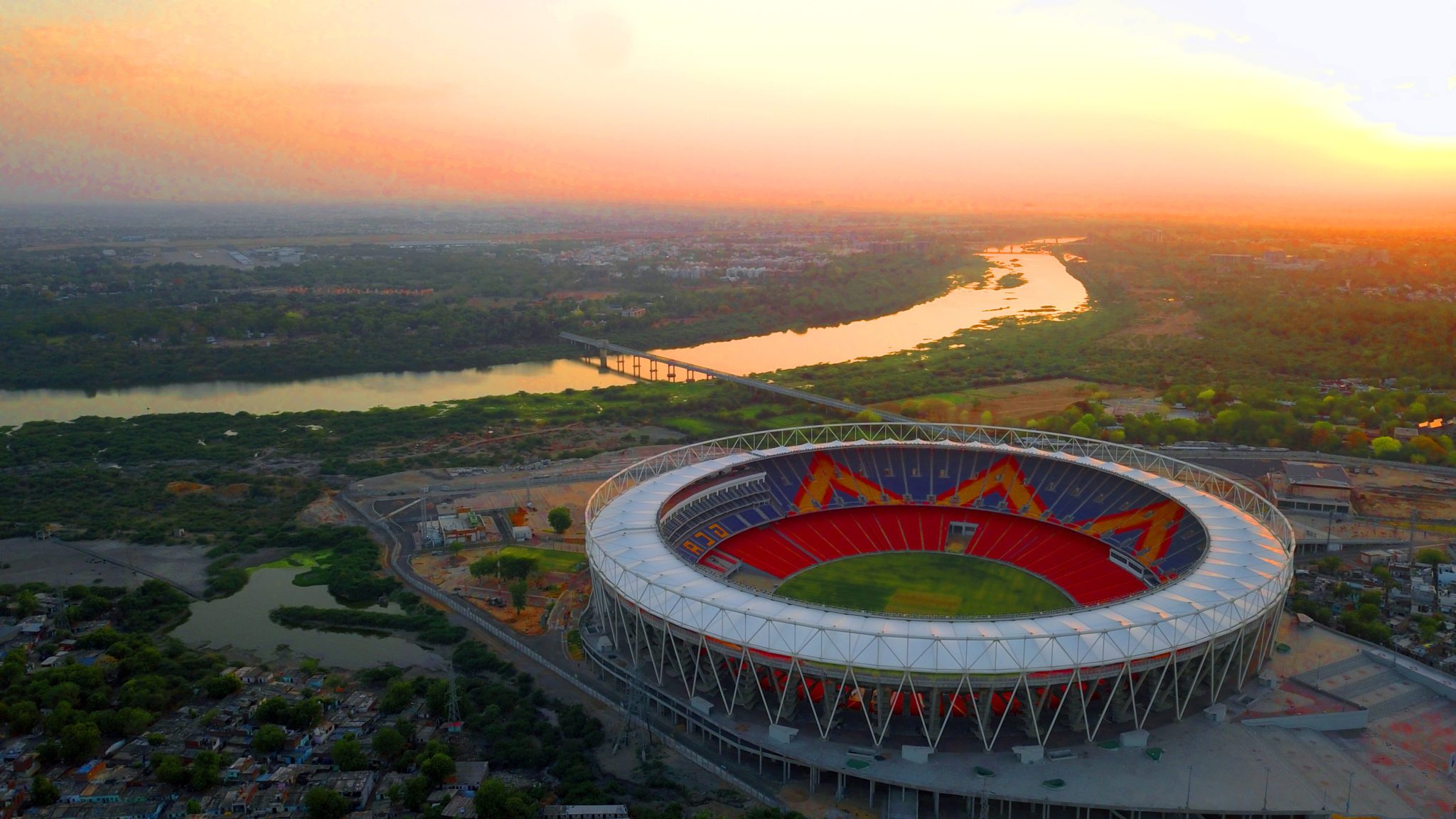 The world’s largest cricket stadium at Motera in Ahmedabad 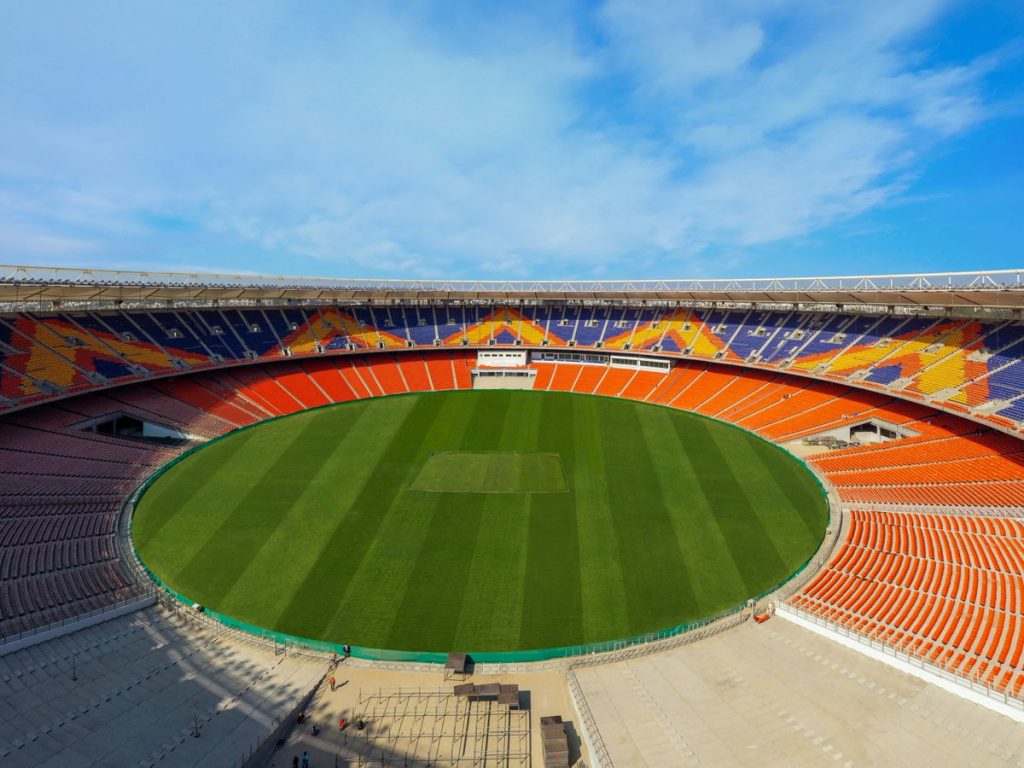 The Narendra Modi Stadium, commonly known as the Motera Stadium, is a cricket stadium situated inside the Sardar Vallabhbhai Patel Sports Enclave in Ahmedabad, Gujarat, India. As of 2021, it is the largest stadium in the world, with a seating capacity of 132,000 spectators. It is owned by the Gujarat Cricket Association and is a venue for Test, ODI, and T20I cricket matches.

The stadium was constructed in 1983 and was first renovated in 2006. It became the regular venue for international matches in the city. In 2015, the stadium was closed and demolished before being completely rebuilt by February 2020, with an estimated cost of ₹800 crore (US$110 million).

On 24 February 2021, the stadium was renamed as the Narendra Modi Stadium by the Gujarat Cricket Association after the current Prime Minister of India, Narendra Modi who is also a Gujarat native and a former chief minister. It hosted its first ever pink ball Test match on 24 February 2021 between India and England.

By Rail: The main railway station is located in the Kalupur area. This station falls under the prominent national railway circuit and is connected to all major cities of India. If you are on the western side of the Sabarmati river, then you can go to the Gandhigram station near Ashram road to buy your railway tickets easily.

By Air: Sardar Vallabhbhai Patel airport at Ahmedabad is an international airport with direct flights to USA, UK, Singapore, Dubai and other international hubs. Numerous domestic flights are also operational from here.