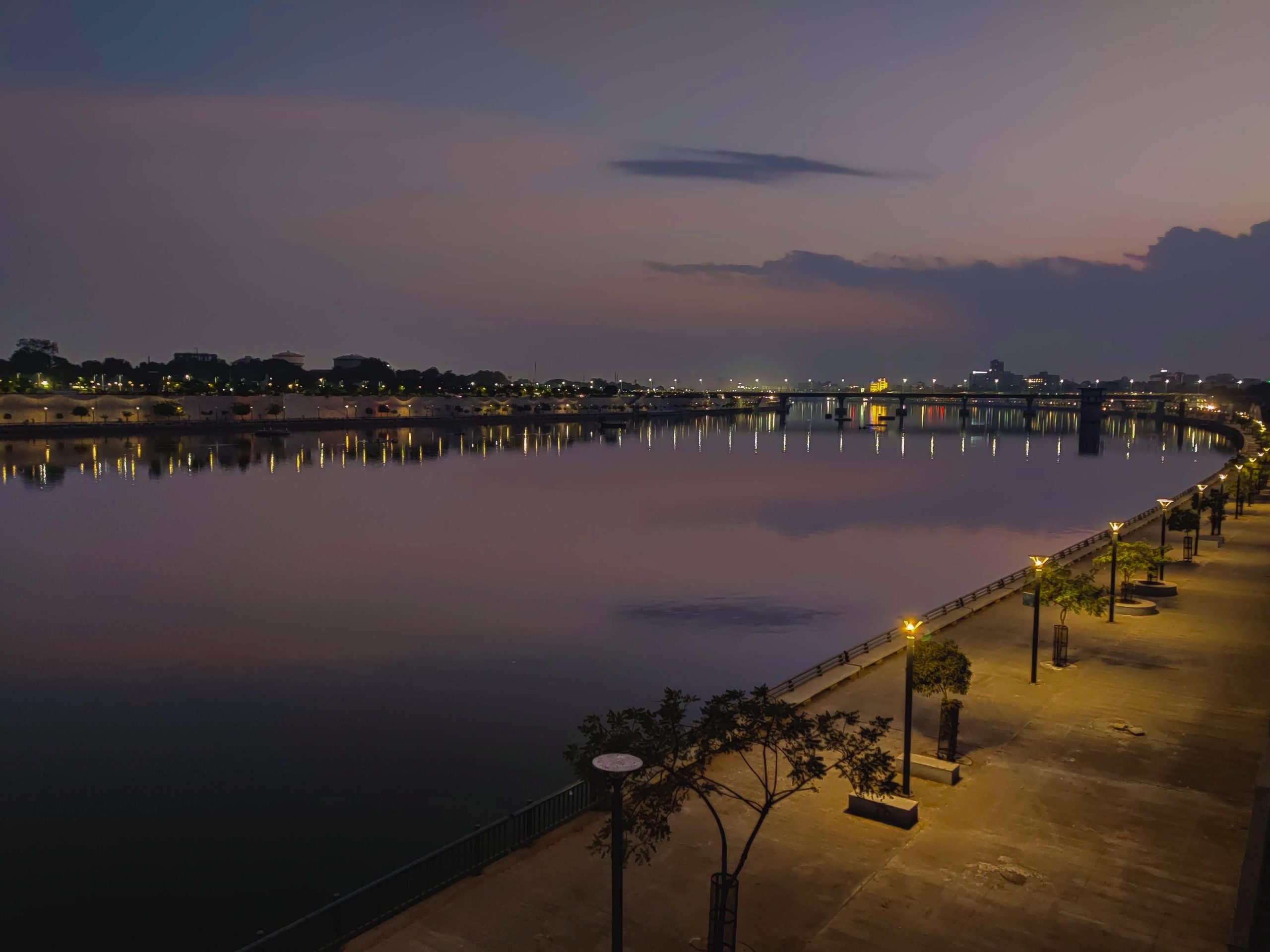 About the location: A resurrection of the cityscape and the river Sabarmati in 2005 led to the making of the Sabarmati Riverfront, a 22km planned promenade of which only a part is now complete. Boating stations and pop-up exhibition spaces are built along the river, but it is the fitness enthusiasts who do due justice to the path on daily walks and jogs. Eleven bridges built over the Sabarmati River connect the old and new parts of the city. Of these, the Ellis Bridge is the oldest – built in 1873. It was a wooden structure that was destroyed by a flood but re-constructed for use. Other bridges include Gandhi Bridge, Nehru Bridge, Subhash Bridge, Vadaj – Dudheshwar Bridge, Sardar Bridge, Chandrabhaga Bridge, Ambedkar Bridge (Vasna Pirana Bridge), Lal Bahadur Shastri Bridge, Fernandes Bridge and the Dandi Bridge.

Flower garden has been envisioned as a permanent flower garden spread in Approx 45000 Sqmt where more than 330 native and exotic flower species. Throughout the year, the garden serves as a city level unique park where visitors can enjoy beautiful flowers of both seasonal and non seasonal varieties. It strengthens the green space network on the western park of the city.

Brief History: The Sabarmati River has been the lifeline of the city of Ahmedabad for centuries. The river was given a prominence when the city went through an urban overhaul in 2005. The riverfront was made an integral part and opened for the public to enjoy a corniche-like walkway.

The Sabarmati river is a monsoon-fed river which has a total catchment area of 21,674 square kilometres (8,368 sq mi). The Dharoi Dam constructed in 1976 upstream of Ahmedabad controls water and protects from flooding while Vasna Barrage constructed in 1976 downstream retains water in the river along the city banks and diverts it through Fatehwadi canal for irrigation. The Narmada Canal, which crosses Sabarmati a few kilometres upstream from the city, is part of a larger canal network of Sardar Sarovar Dam. The canal can feed excess water to the river and maintains the level of water in the river which is retained through Vasna Barrage.

By Rail: The main railway station is located in the Kalupur area. This station falls under the prominent national railway circuit and is connected to all major cities of India. If you are on the western side of the Sabarmati river, then you can go to the Gandhigram station near Ashram road to buy your railway tickets easily.

By Air: Sardar Vallabhbhai Patel airport at Ahmedabad is an international airport with direct flights to USA, UK, Singapore, Dubai and other international hubs. Numerous domestic flights are also operational from here.