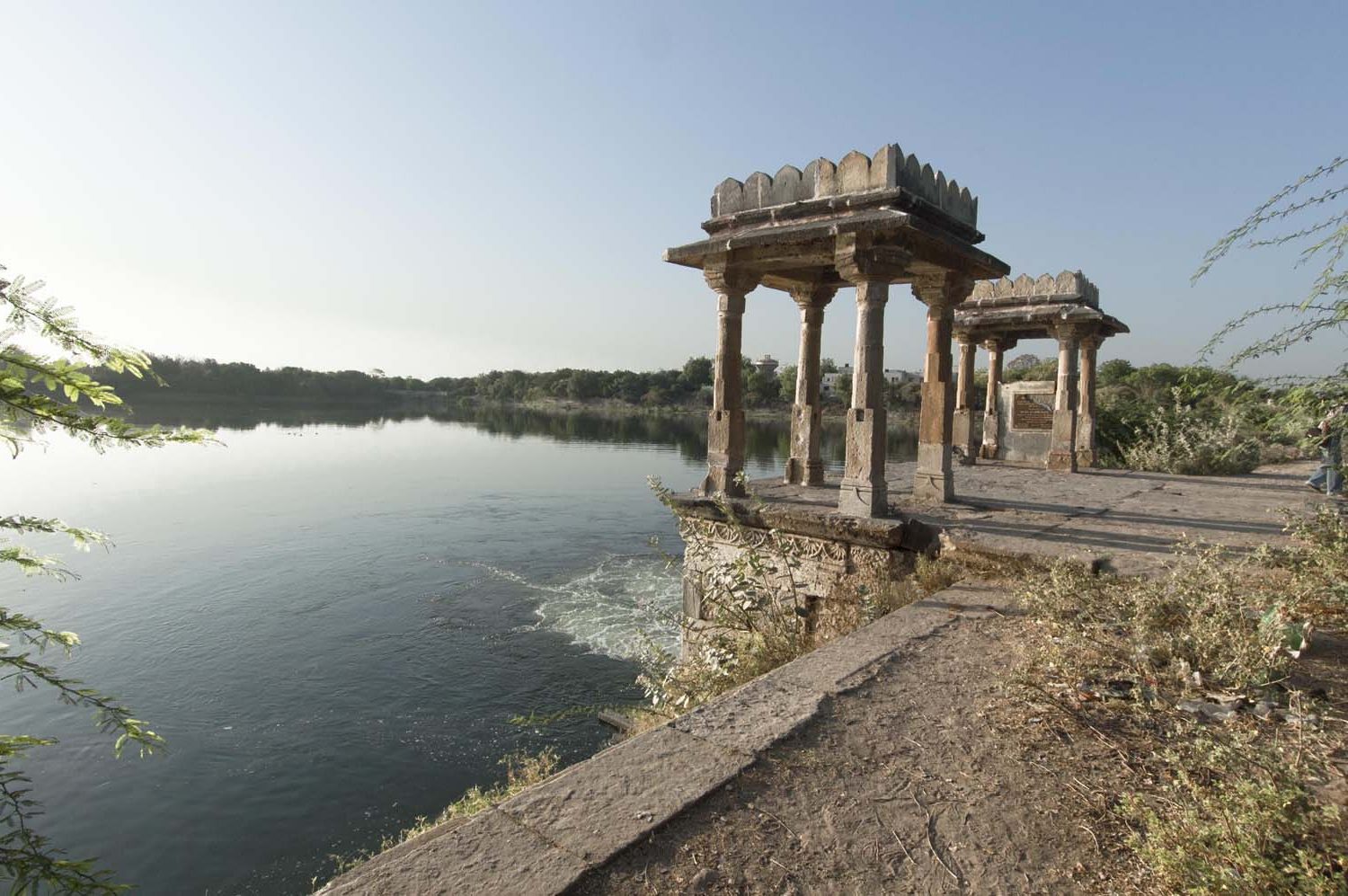 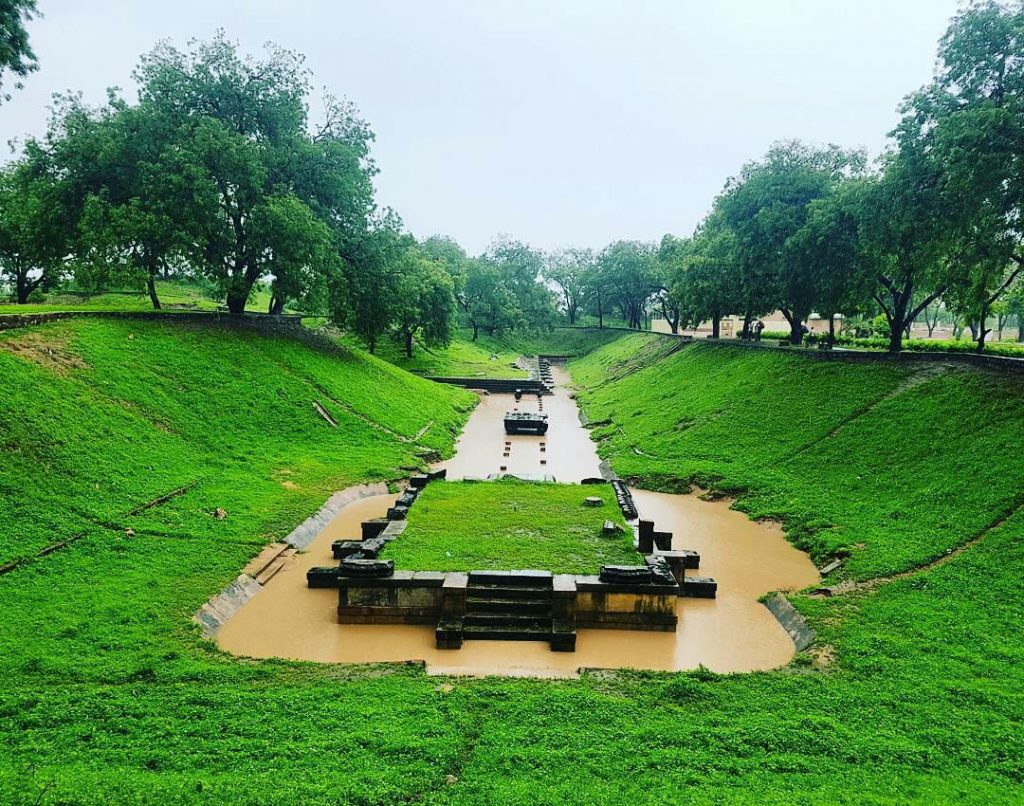 At a distance of 4 km from Patan Railway Station, Khan Sarovar is a manmade lake situated in Patan, Gujarat. It is one of the few historical water bodies in Patan and among the best places to visit in the ancient capital of Gujarat. Khan Sarovar is situated outside the South Gate in Patan, Gujarat. The tank was constructed using the stones from ruined structures in the year 1589 AD by Mirza Aziz Kokah, the then governor of Gujarat.

The large water tank is square in shape and measures 1228 by 1273 feet. Separated only by pillars of Hindu workmanship, the tank contains stone steps and masonry on all four sides along with the outflow of the waste weir. Thus, the water is prevented from rising above a certain height during the rainy season. Besides, one can also visit Khan Sarovar Park located on the premises.

By Road: Intercity buses from Ahmedabad to Patan take 3.5 hours, and 1 hour from Mehsana. Shared jeeps are slightly quicker, but less comfortable.

By Air: The nearest airport from Patan is Ahmedabad, situated at a distance of 125 km. The airport here, in turn is connected to International and Indian cities. Patan has a railway station for easy access.